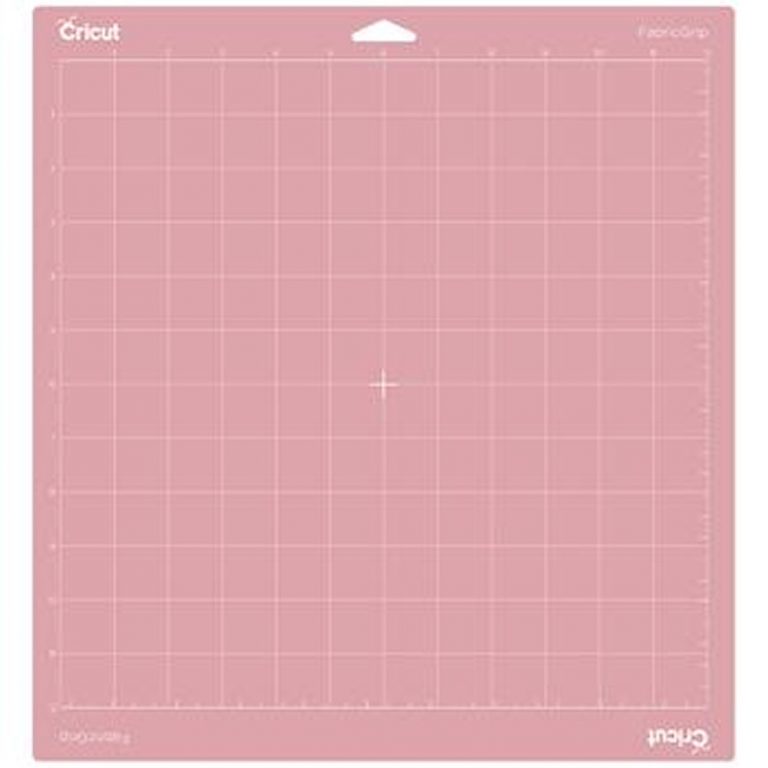 Let’s talk Cricut and Fabric Mats for a moment.  As we all know, our cutting mats tend to get pretty dirty when they’re well used.  There have been many options and user suggestions shared on the topic and so now, it’s not such a big deal any more.  We all know what to try and what has worked for ourselves and others.  For those that are new, it’s pretty simple to find video’s on YouTube, Experts to ask, and Groups to ask in.

Then along comes the Amazing Maker and Cricut rolls out a Fabric Grip Mat.  And NO, we are not supposed to “clean” them!  Aaahhh!  We’re all “New” all over again!  Never fear… Cricut hasn’t left us hanging.  And honestly, that’s the beauty of Creatives in general.  Whether it’s experiences, ideas, or tips, Creatives love to share! 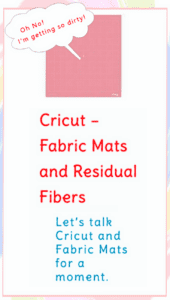 A few days ago I saw a great video done by Amber of Damask Love.  In it she recommends using clear transfer tape on our mats!  It would seem that, in general, transfer tape is pretty underrated.  You can really do so much with it!  For instance, you can apparently print on it and use it to transfer an image to a pumpkin!  That was also on YouTube.  Anyway, using transfer tape seems like a pretty great idea.

You would a piece larger than your material (since it’s the remnants that we want to keep off of the mat), or even cut it to cover the entire size of your mat, since it is best to use different areas of a mat in general.  Now I did see where the tape may have also been cut through, and if that happens, you will have annoying shapes to remove.  For this, they (Cricut) recommends using the wide tip tweezers.  The tweezers are actually recommended for removing material from the mat as well.  I will post a helpful video on this topic below.  In any event, using the tape is still better than having your mat become all full of fibers.  It just wouldn’t be pretty.  Or maybe it would, but anyway…

Then today there was mention of a mess that was left by felt.  Most people said that a standard grip mat is the way to go for felt.  This not to say that you can’t use your pink mat for felt because you most certainly can!  However, if you’re going to use your standard mats for felt, the only question that remains is that the Fabric Mat is stated to be of a higher density to withstand the increased cutting pressure of the rotary blade.  However, in all reality, you probably don’t need to set the blade pressure very high for most felt, so dialing it down a bit (choosing a lighter pressure) might be wise.

With previous mats, we needed to keep them as clean as possible.  This was because bumps and remnants could cause the blade to catch and cause issues with our cut.  Now, however, since the rotary blade rolls instead of drags, these left over threads don’t effect the cut.  Since pulling them off means touching the mat (and reducing their stick), we’re being told to just leave them on it.  Yay for one less thing to be concerned with!

To learn more about these Fabric Mats, read this link from the Cricut Help Center

Another suggestion that I thought was worth mentioning:  Iron Freezer Paper (wax side to fabric) and then stick paper side to mat.  Though others did mention that doing this defeats the purpose of being able to cut un-backed fabric, which is true.

Well there you have it, the scuttlebutt on the Fabric Mat.

…this short video is pretty great and it mentions removing material at the end.

Some links may be affiliate links.  This has no effect on your purchases or prices.  Using my links may help me in a small way, and I sincerely thank you for using them!

Designs, images, information, and downloads from this site are here for personal use only and may not be sold, reproduced or used for commercial purposes written permission.

Contents not intended to be all inclusive and are subject to change.

As always, please respect other makers and don’t copy creative works without permission.

When in doubt and to learn more use TESS to search the USPTO  and/or Copyright.gov